Deal of the century: Buy a car, get a free goat! 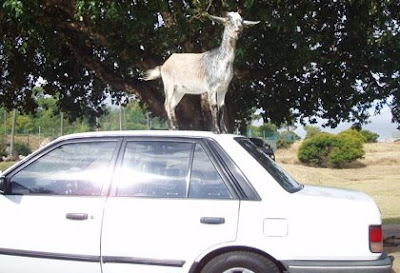 MITSUBISHI Motors in New Zealand is offering a free goat with every Triton ute sold before August in a novel effort at correcting the economy.

Mitsubishi Motors New Zealand general sales and marketing manager Peter Wilkins said the economy's recovery was in the hands of the rural sector, and goats, like Tritons, were "hardy, versatile units which will integrate directly into existing farm operations''.

Goats improved farm productivity by defending against weeds, were cheaper than toxic sprays, and there was no risk of goat flu affecting the tourism industry, he told NZPA.

"We are aware that three years of drought has severely depleted sheep and beef populations, so what better time to float the goat?''

If the purchaser already had enough goats, Mitsubishi would supply a no-goat package including a five-year/100,000km extended warranty, five free warrant of fitness inspections, 5000km road user charges, five years of roadside assistance and $500 of genuine or approved Triton accessories.
Posted by Unknown at 9:23 AM 1 comment:

Pitbull Gets Hit In the Head With A Bottle While Performing

Here's the video Pitbull and I were talking about on air. He's performing, then all of a sudden, SMACK! Heineken bottle to the head. Calle OUCH-O!! He should start endorsing Heineken now. "The Official Beer Of the Pitbull Tour." Then show that clip over and over and over.

Lady Gaga Nekkid on the cover of Rolling Stone 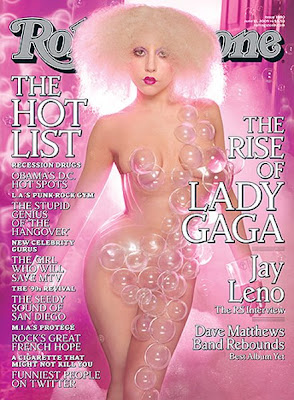 I love her. But I still think she may have once been a man.

Yes. I live in Soap Opera Land. Nothing is what it seems.
Posted by Unknown at 8:02 AM 3 comments: 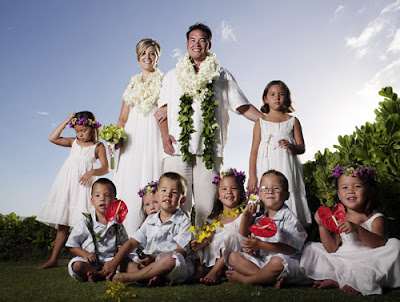 I have loved "John & Kate Plus 8" since the sextuplets were fresh and smelled of baby powder. It's really sad to see where it all stands now.

A) I know what Jon seems to have done (cheat) is wrong but DAMMNNNN!!! Couldn't you see trouble coming??? Kate was more of a nagging mom to him than to her 8 kids!

B) The poor poor kids. They're the real victims. Not Kate. Not Jon.

C) Did the twins get stunt doubles? Because all of the sudden they look waaaaay diff!!!

D) Kate's hair may be a venus flytrap.

What do you all think? Know that you can leave comments here without registering and anonymously. All I ask is since I keep this an open forum that you please keep it clean. Kids can (and do) come to this site. Thanks.

Definitely an awkward-feeling season premiere for sure.
Posted by Unknown at 8:35 PM 4 comments: 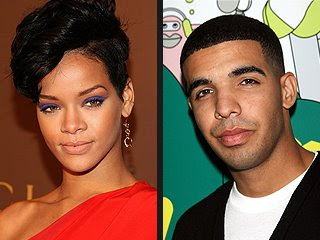 Here he is: Abrey "Drake" Graham.

He's a Canadian rapper -- a protege of Lil' Wayne.

He's also an actor -- he was on the show Degrassi: The Next Generation.

The two were seen out the other night drinking, dancing, and smooching all night.

One night stand or the beginnings of a new relationship??? We'll see.
Posted by Unknown at 7:47 AM 1 comment: 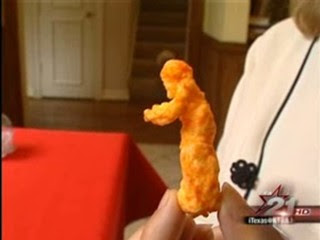 A couple, Dan and Sara Bell, from Dallas, Texas were ready to leave town when they decided to buy a 99-cent bag of Cheetos and finally found Jesus as ridiculous as it may sound. Jesus can be found everywhere so why not in a cheese snack…

Sara recalls the discovery. “I was putting them in my hand and I had eaten most of the ones in my hand, and one was left lying there. And I said, ‘Oh my gosh, look at this. It really looks like a person in a robe praying.’”

Dan looked over. “I said, ‘Wow, it does look like a praying Jesus.’”

They decided to name the two inch “Jesus,” which they say has “body, hair, robe and even a tiny face” but is missing a right arm, “Cheesus”. The couple has decided to make some money out of this funny inspiring Jesus-shaped Cheeto and they are going to sell it on eBay.
Posted by Unknown at 8:52 AM 5 comments: 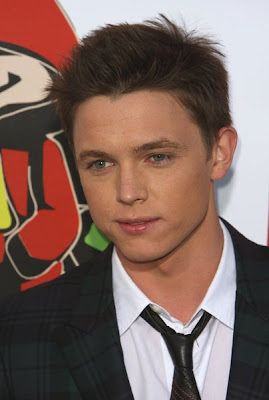 Okay... so Jesse was on the show and said you could call him, and that he personally returns calls to as many fans as he can. I truly believe him... he's a great dude.

Sorry I forgot to put the number up last night (derrr!) but here it is:

Let me know if any of you hear back from him.
Posted by Unknown at 9:03 AM 25 comments: 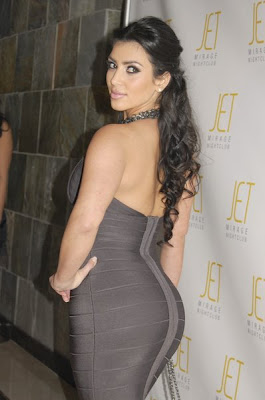 KIM Kardashian loves talking about her larger-than-life curves, but they caused an awkward moment at Tuesday's launch party for Hennessy Black in TriBeCa. Making her way up to the party with a group of pals, the amply upholstered reality star got into a crowded elevator, only to be sheepishly told by an attendant that the lift couldn't lift because the group exceeded the cab's weight capacity. "Everyone started laughing," says a spy. "Finally, someone in Kim's group stepped off."
Posted by Unknown at 9:05 AM 3 comments:

What is up with Kelly Ripa's Belly Button???? 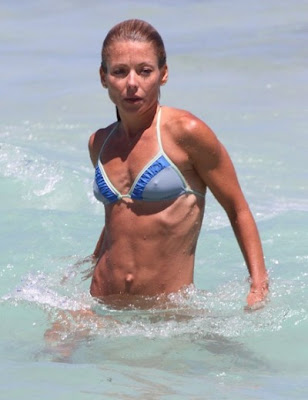 Here's Kelly showing off her beach bod in Florida this past weekend. She looks great. Her belly button on the other hand, does not. What the hell is the deal with it??? Please respond with your thoughts. Cheers. 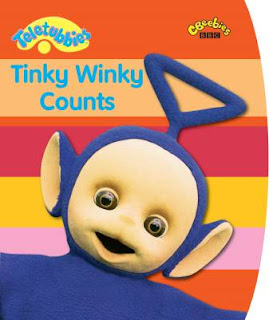 An Oompa-Loompa, Spiderman and Tinky Winky were arrested during a drunken brawl at a holiday camp.

Police were called to the Welcome Family Holiday Park in Dawlish, Devon, after a mass fight involving holidaymakers at fancy dress party.

Ten people in total were held after the bizarre clash took place in the main club area.

A suspect dressed as one of the Teletubbies, a youth posing as Spiderman and a 47-year-old father dressed as one of the pint-sized characters from Charlie and The Chocolate Factory were kept in police cells overnight.
The trio were quizzed on suspicion of violent disorder following the row just before 1am on Sunday.

A staff member told The Sun: ‘It was rather comical in some ways because of the fancy dress costumes people were wearing.
‘You don’t expect to see Teletubbie Tinky Winky and Spiderman in the middle of things like this.

‘It was a case of too much booze being knocked back and then something happened which kicked things off.’

Meanwhile there were others arrests for drunken violence and street fights in Torquay and in a curry house in Paignton.

A teenager needed hospital treatment after being bitten on the nose in a five man street clash in the seaside resort.

And two men needed treatment after a fight in the Tandoori Nights curry house in Preston, Paignton - three men were arrested in connection with that incident.