Hulk Hogan is dating his daughter??? 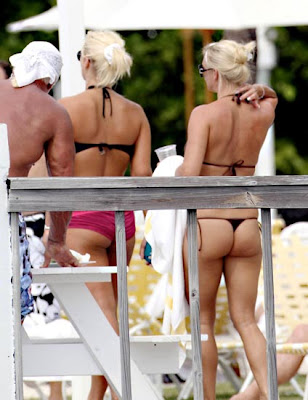 Hulkster! It's Jackson Blue! I'm a big fan! But why are you dating your daughter Brooke? Wait! You cloned Brooke and are dating her??? Gross. And why is she wearing shoelaces for bikini bottoms??? Double Gross! You old, gross, inbreading, scientist!!! Can I get your autograph?

Seriously though -- can you tell which one is Brooke and which one is Hulk's girlfriend in this pic???
Posted by Unknown at 8:36 AM 7 comments: 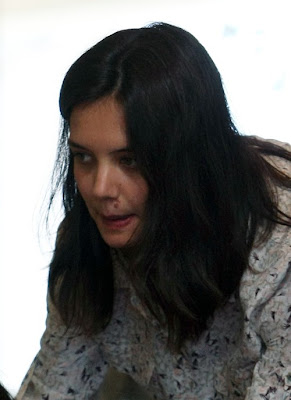 This is a bizarre rumor. But when speaking of Tom Cruise and Katie Holmes, bizarre is the norm. Rumors have broke out (no pun intended) that Katie Holmes is pregnant with martian #2. [Sidenote: Suri is an adorable martian.] The bizarre part is why the rumors have started.

They started because Katie got this sore on her lip. Egads. Gross.

We've seen Katie with this sore twice before. Once when pregnant with Suri. Once randomly. So... when Katie has a nasty sore on her lip, 50% of the time she's preggo.